You have to know where you’ve been to know where you are going. Kappa holds a special place in its heart for Fraternity history, but every chapter of our organization has unique beginnings of its own. Each plays a part in shaping us today. Read more about our chapters’ histories in Kappa's digital archives. 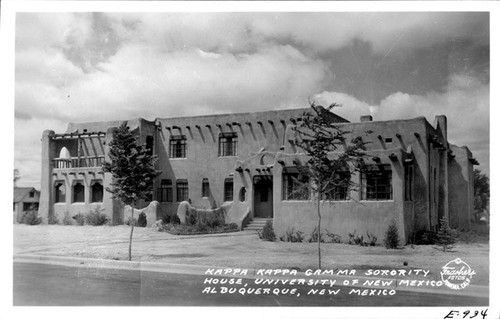 For the next few years the Gamma Beta chapter lived in a rental house but because of financial hardship in the 1920’s it became custom for women’s fraternities to rent a dorm room in a residential hall and use this as a chapter room. In 1934, our first chapter house was built. In 1966 our current house was built where we reside now.